Agencies: Ever since we learnt that Katrina Kaif was insecure with Ranbir Kapoor getting close to ex-girlfriend Deepika Padukone during Tamasha promotions, rumors of Katrina and Ranbir’s fallout started doing the rounds. In one of her recent interviews, Katrina had also said “I can’t enforce my will on the people in my life. Their choices are their own. I may not be happy with them but I hope that as they mature or as they evolve, their choices will change!” 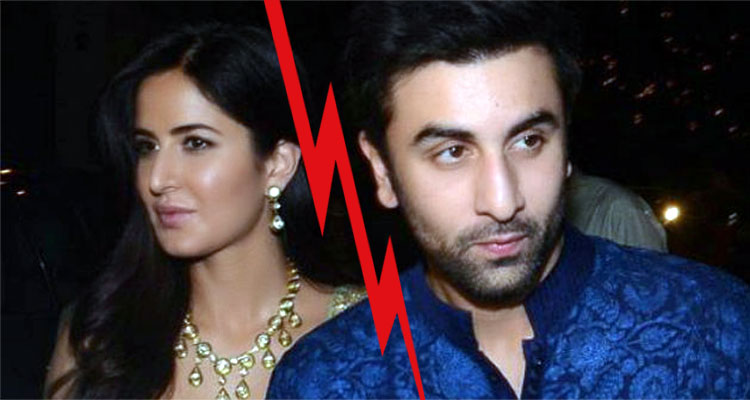 It is now being reported that Katrina and Ranbir are living-in no more. While Katrina continues to live at Silver Sands, Ranbir, apparently, has walked out of their Carter Road house in Mumbai, moved in to Wilson Apartments, a ten-storeyed building on Hill Road. Rishi Kapoor and Neetu Kapoor-Ranbir’s parents are expected to move in to the Wilson Apartment flat very soon, reports a leading daily.

It was only recently when a photograph of Ranbir and Katrina kissing each other in the balcony of their Bandra apartment went viral. We wonder what went wrong between the two in such a short span of time!

Even though Ranbir and Katrina have never officially stated that they have been dating, their actions do all the talking. Well, could Ranbir and Deepika’s friendship possibly be the reason behind this? We let you do the thinking! Despite of several attempts, Kat has failed to impress Rishi and Neetu Kapoor. This could also be one of the main reasons for Ranbir to have taken such a drastic step.