Rajanikanth Returns with 2.0 and its first look has been revealed. The movie directed by Shankar is not a sequel of Enthiran (Robot) but it’s a film independent of Enthiran and marks the debut of Akshay Kumar in Tamil Movies. 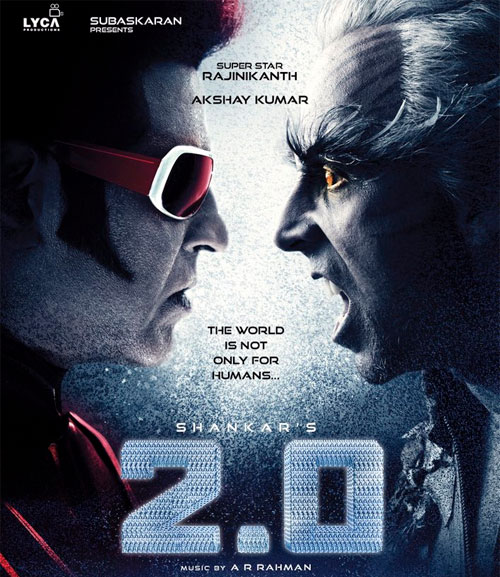 The Movie is a sci-fi thriller with high-end technology, vfx and action. The tag-line of the movies tells “World is not only for humans” and Akshay Kumar looks are quite ‘out of this world’. Rajinikanth returns as scientist Vaseegaran, Akshay will be seen playing an eccentric scientist called Richard.

The movie aslo features Amy Jackson, Sudhanshu Pandey and Adil Hussain. The music for the movie 2.0 has been given by Oscar winner A.R. Rahman.