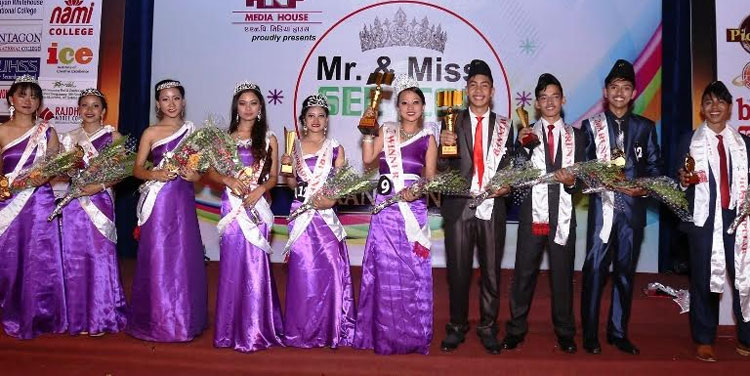 The event hosted by ANP media house named as Mr. & Miss SEE Icon 2017 has recently been concluded in Kathmandu. The event showcased at Rastriya Naachghar, Jamal saw Rajbikram Godar and Muskan Chitrakar as the winners.

Rajbikram was also victorious at catwalk and best dance award while Muskan also bagged the awards of viewer choice and beauty with purpose.

This is the fourth edition of the event where Kushal Tamang and Dikshya Dahal secured first runner-up while Rajiv Pandit and Barsha Dhakal earned second runner-up position. Kushal was also been chosen as the winner for facebook choice award while Rajiv grabbed the award of most charming.

Likewise Dikshya was also chosen as most photogenic and best in art work while Barsha earned best personality and most active award. In the event Kristina Kayastha and Prashamsa Shrestha were declared as third and forth runner-up respectively. Kristina also grabbed best hair award while Prashamsha earned the award of most active.