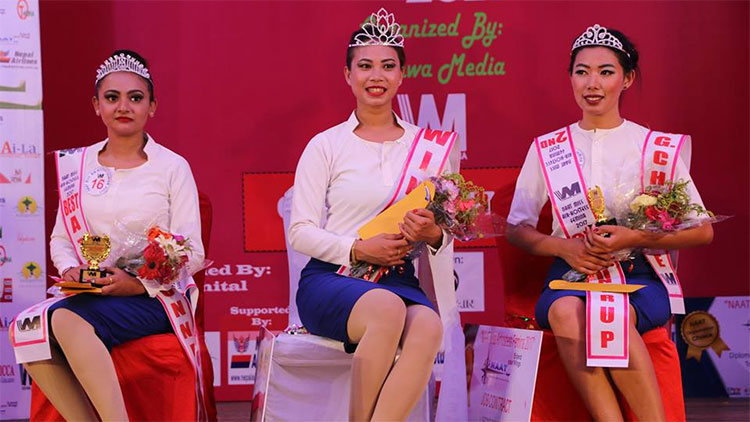 In an event recently held in Kathmandu, Puja Chaudhary has been able to top at NATT Miss Airhostess Femina 2017. Organized by Vishwo Media Pvt. Ltd. the event was been presented by Northern Light Academy of Aviation and Technology.

Being the winner Puja earned the job opportunity as an airhostess at Summit Airlines. The event showcased at Royal Banquet and events, Tinkune, Kathmandu; Puja Pathak earned first runner-up while Sanu Tamang was awarded as second runner-up. The competition was among 19 contestants and was been choreographed by Diwas Dhital.