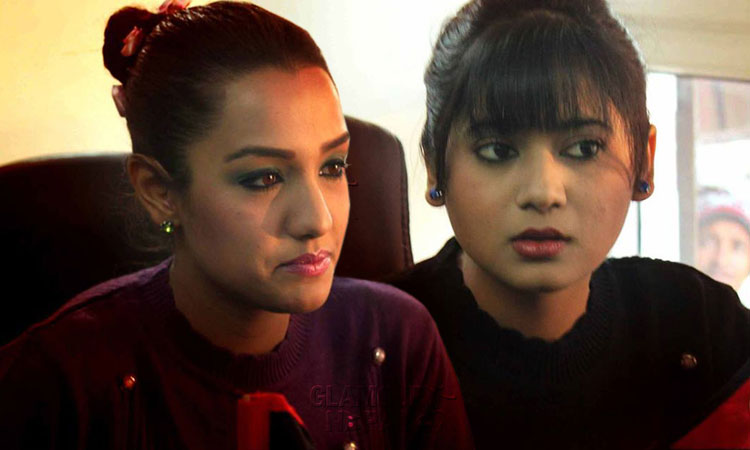 Glamour Nepal, Kathmandu
Pictures of film ‘How Funny’ currently under shooting have been unveiled.
The pictures have given priority to actress Priyanka Karki and Keki Adhikari, who have appeared as investigators in the movie. The film was shot in Kupondole on Saturday. In the scene, the actresses have said they wanted to become detectives to Dayahang Rai.

Click Here! To View Photo Gallery of HOW FUNNY!! Shooting

“Ramita (Priyanka) and Pushpa (Keki) had dream to become detectives from childhood. They go to meet SP TejBahadurRai (Dayahang) after their dreams come true,” director Nilu Doma Sherpa said, “ They have no boundary of feeling on their very first day of joining duty.”

MalvikaSubba is the executive director of the film, while screenplay and dialogues are by ShaanBasnet. The film also acted by AnupBikramSahi, Shishir Rana among others is shot by Hari Humagain. Director Nilu informed that the shooting will be completed within 30 days.