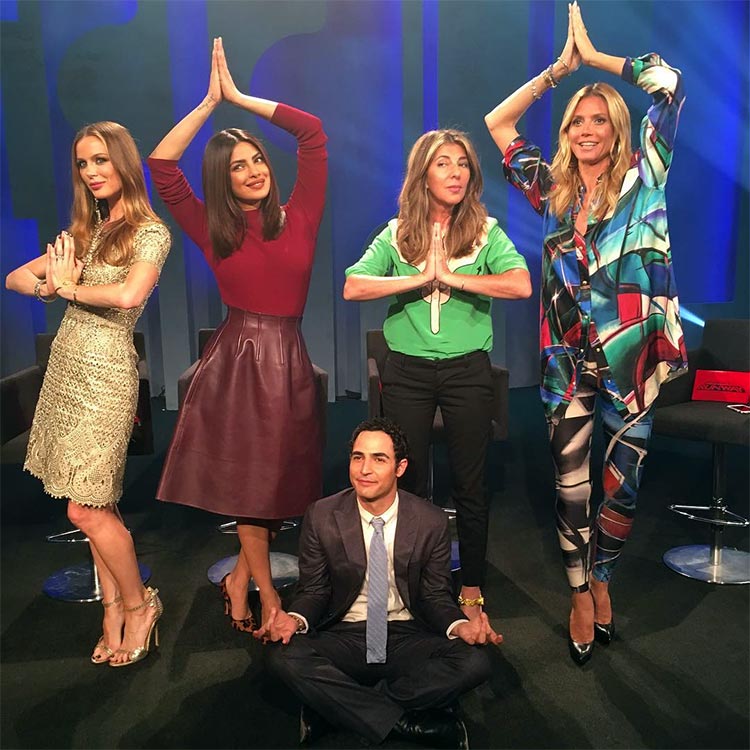 Actress Priyanka Chopra will be seen in the season 15 of American TV series ‘Project Runway’ hosted by Heidi Klum.

Priyanka will reportedly join the series as one of the few guest judges on the show, which focuses on budding designers who are given an opportunity to create a collection for New York Fashion Week.

The actress took to Instagram, where she shared a photograph of herself along with the show’s host and supermodel Heidi Klum as well as its judges Nina Garcia, Zac Posen and Georgina Chapman.

This is the second time that the 34-year-old Bollywood actress will be seen in an international TV show. Priyanka has gained international value through her stint in the American drama series “Quantico”.

The actress will also be seen in the Hollywood film “Baywatch”, where she will portray a negative character named Victoria Leeds. She will share screen space with Dwayne Johnson and Zac Efron in the film.