63 aspiring designers, the graduating 13th batch students of Namuna College of fashion technology are almost in the final preparation of the their graduation fashion show entitled as Sera Di Stilista, journey of fashion xiii. In the run up to the event, a Prejudgment event was recently been held at the College’s premises, which witnessed the presentation of swatch work (a prototype of the final dress, made using swatches, fabrics and other accessories), made by the graduating designers for the Creative Wear sequence, which is the major part of the Graduation Fashion Show. The Prejudgment event featured works by a total of 63 student designers who would showcase their designs under 16 separate groups. 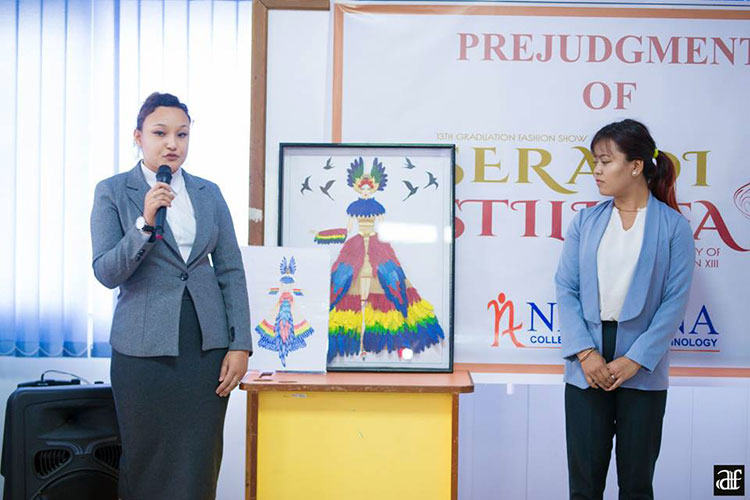 It was about prejudging of their creativity and innovative ideas been put up to bring the dress form in the creative design within the theme of endangered species. The creative wear of the event would feature 16 creative designs and aims to raise awareness about various threatened species of floras and fauna and to illustrate their beauty through fashion and creation. 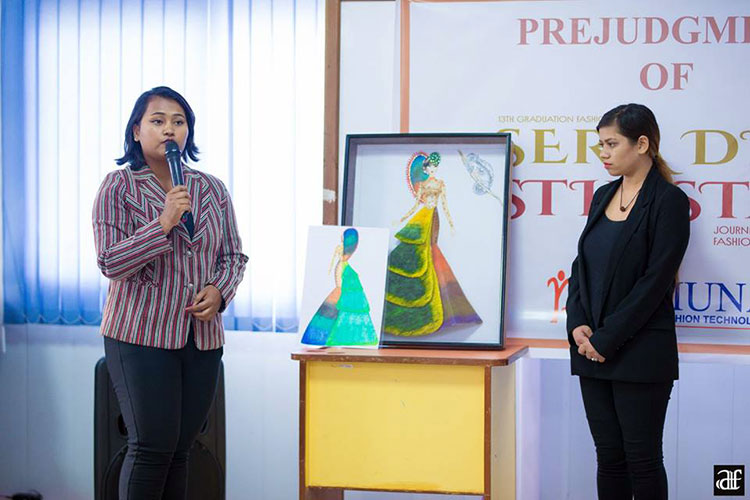 Other than the creative session the show would also feature dresses sequences like Razzle Dazzle under Gold and Glitter theme; Inheritance Deviation under Haku Patashi theme; Revamping styles under Dress Transformation theme and Chromatic tiles under Color Blocking theme. The show would take place at Hyatt Regency, Boudha, Kathmandu on 19th May 2018 where forty models includes males and females would showcase the exclusive fashion forms under the choreography of Media Person and Fashion Choreographer Rojin Shakya. 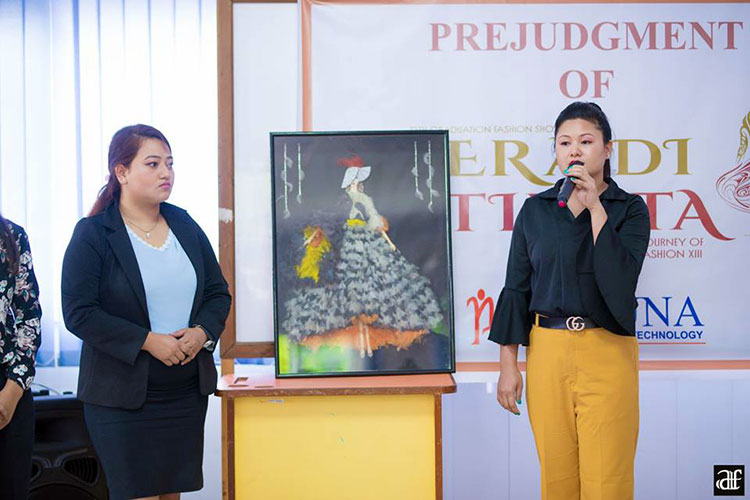 As been informed by the college management the grades given at the Prejudgment Program will be added to the grades that will be given by the panel of judges to the designers’ creations under the Creative Round sequence during the actual Graduation Fashion Show. The aggregate grades will then later be published by Purbanchal University under the subject Fashion Show as part of its End Semester Board Examinations of Bachelors of Fashion Design (BFD) program.