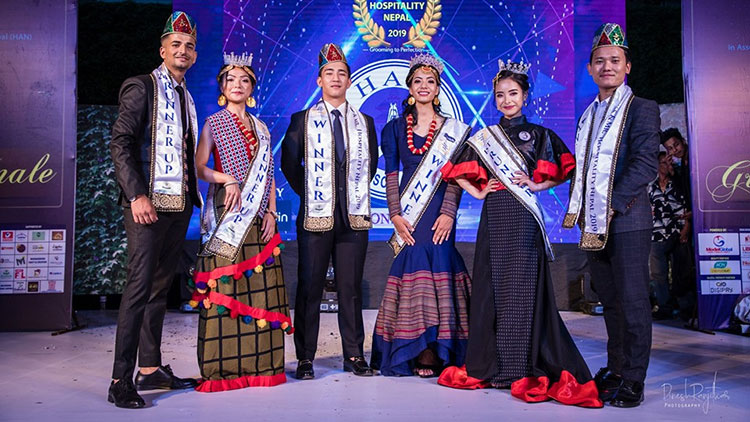 The first edition Mr. and Miss Hospitality Nepal organized under the banner of Suvadin Media and Research Center has been successfully completed. Hotel association Nepal was been the co-organizer for the event.

In the finals of the event showcased at Hotel De la Annapurna, Durbarmarg, Pratik Ratna Tuladhar and Priya Dhaubanjar respectively has bagged the award of Mr. and Miss Hospitality Nepal 2019.

In the event, Phurpa Sherpa and Pasang Lhamu Sherpa were selected as first runner-ups while Sanjay Nepal and Ashmita Sunuwar were been elected as second runner-ups.