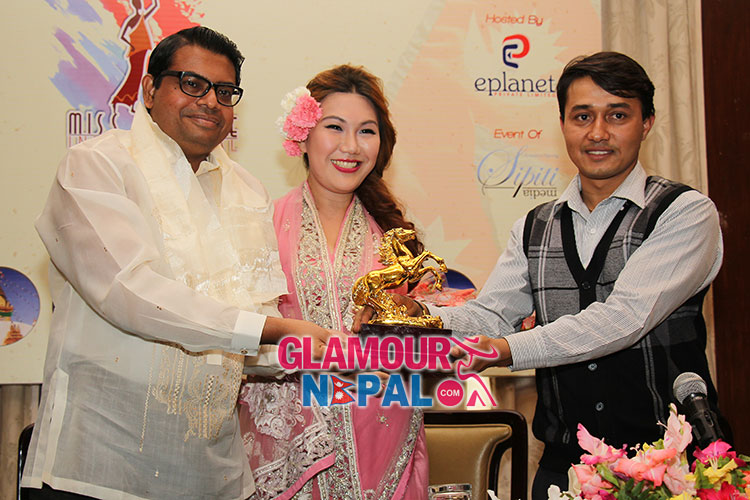 Glamour Nepal, kathmandu – Eplanet Nepal has officially announced about hosting an international event called Miss Heritage International 2014 for the very first ever in Nepal. In the press meet conducted at Everest Hotel, New Baneshwor, the official announcement was been made. According to Mr. Santosh Sapkota, the man behing Eplanet Nepal, a mutual understanding is been made between Eplanet and Sipiti Media, Zimbawe, the initiators and the right holding organization of conducting Miss Heritage International event. The country directors of the concerned organizers Culvin Mavunga and Emmanuel Nicholast Rondozai who came from Zimbawe to Nepal to sign the agreement and authority handing over for hosting this year’s Miss Heritage International 2014 in Nepal, however could not make to the press meet, as their plane was been delayed more than it was expected. 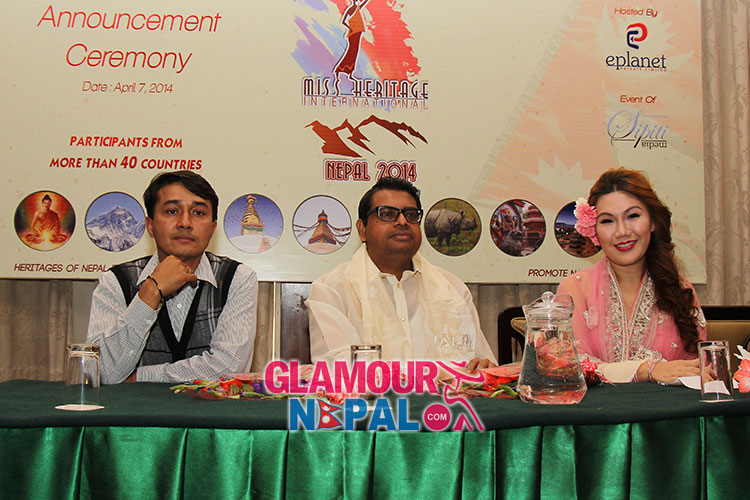 However press meet found the Director of TKS & Sons Pvt Ltd, Singapore, and Miss Beverly Tan, who extended congratulations to Eplanet for taking opportunity to host Miss Heritage international 2014 in Nepal. To the delight during the press meet it was also announced that TKS & Sons Pvt Ltd to be the part of the event as one of the sponsor who is going sponsor the winner’s crown worth ten thousand dollars.

More of this event is going to make more vibes in coming days, so do be with us while we keep on updating, anything that happens related to this event.