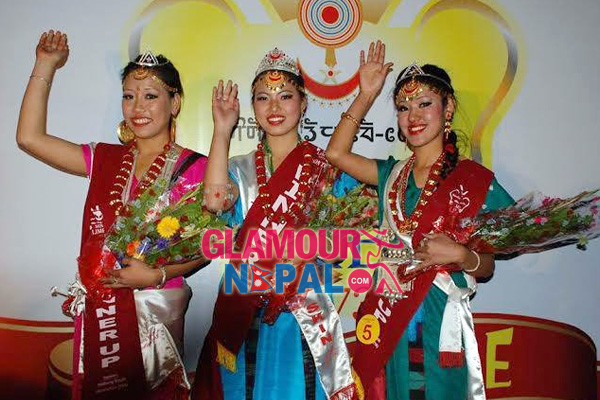 Glamour Nepal, Kathmandu | 18 years of age, Merina Pomo was been crowned as Miss Limbu 2070 in the second edition of the event called Miss Limbu organized by Yakthung Youth Association. Along with the title awards Merina received rupees fifty thousand as the cash prize. In the event 18 years of age Divya Chemjong was awarded as first runner up and 20 years of age Tajeng Fago was been elected as second runner up. They received cash prize of rupees twenty five thousand and fifteen thousand respectively. Tajeng was also successful to take away the awards of miss punctual and miss talented. Likewise the winner of miss limbu title, merina took away best skin awards while first runner up Divya was successful at best smile category as well. The event was been showcased at Rastriya Naachghar, Jamal on 17th of January. Event choreographed by former miss Nepal Malvika Subba saw 12 contestants competing for the main title awards.

winners in other categories