Nepal’s popular folk-rock band NEPATHYA, wrapped up its second show in Europe with a smashing show at the Amager Bio in Copenhagen. Well equipped moderate sized concert venue was packed with people mainly Nepalese and few Danish having connection to Nepal. 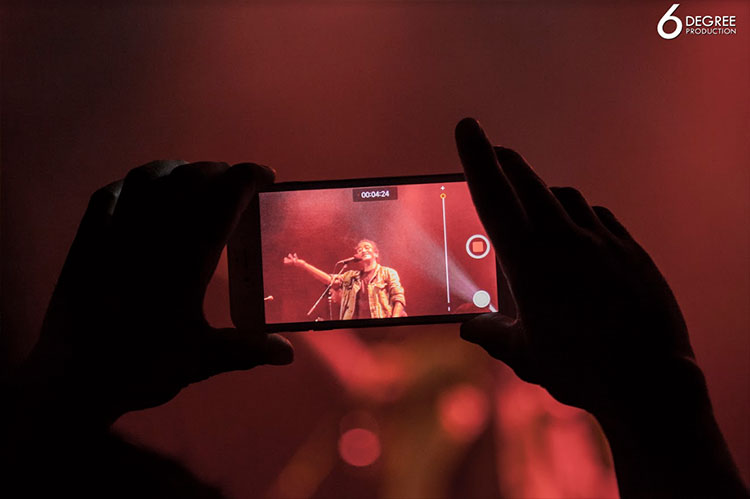 The show had started on time and lasted for two hours. Earlier, the band have performed in Hamburg, Germany on July 30.

“So much positive energy – the connection the band had with the audience was just unbelievable“ said Gert Meinecke who had served in Nepal as the Danish Chief of Mission during 2001 to 2005. He had come for the show with his family and friends.

“It was challenging to organize a Nepathya show in a city where Nepalese population is only around 2500.” said Rabindra Khadka, the event coordinator of INAS. “As the 2nd generation Nepalese are increasing here, we encouraged everyone to come with their children, so that they too could experience world class Nepali music which they can be proud of.”

The Copenhagen show was a mixture of fun, joy coupled with a tint of social messages Amrit Gurung is known for. From instigating all to visit Nepal frequently where their families wait, to appealing all to contribute for social welfare in Nepal, Amrit made it all heard. He also touched on the tumultuous transition Nepal is facing and warned the Politicians to act before it is too late. “Our politicians need to act fast. Once the educated youth with exposure and people with high integrity start to lead a movement, it might be too late to handle.” warned Amrit.

“I am glad people came in numbers and thoroughly enjoyed the show. Everyone left thanking us for the effort.” Said Rabindra of INAS. “This is the first time we have seen any artists captivate audience of such diverse age group to this level. This is by far the most well produced and well attended Nepali show in Copenhagen ever.” he added.

“With the recent two European shows, our trial for doing shows in cities with smaller Nepali diaspora has worked well. We will now be looking at taking the band into this segment as well.” Said Kiran Krishna Shrestha of Nepalaya, the promoters of Nepathya. “During the past decade, we had performed in small towns of Nepal like Sandhikarka, Tamghas, Fikkal and many more. Now we will move on to the band’s wish to connect to all Nepali communities around the world irrespective of their size.” he added.

“It has been 24 years since we released our 1st album and I am indebted to all Nepalese for loving us.” said Amrit. “For an Artist, it does not matter how big the crowd is but rather how loving they are.” he added.

Denmark has recently been a popular choice for many Nepali students. The community has been growing in recent times.

Check out the Photo gallery | all images by 6 Degree Production, Denmark