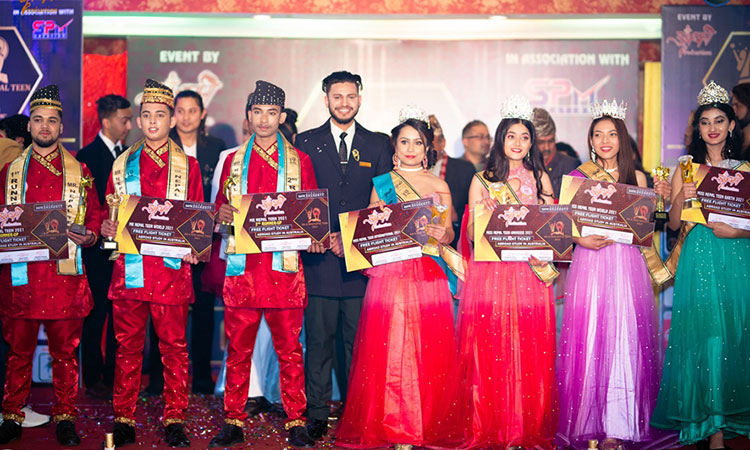 Mr. and Miss Nepal Teen 2021 have chosen five queens and one king of the event. The event showcased at Amrapali Banquet catering & events, Bhatbhateni, Kathmandu saw Dikshya Risal being crowned as Miss Nepal Teen World 2021 along with awards called beauty with a purpose and people’s choice award.

The event was been organized under the banner of Abhyani Production in association with SPM creation and was choreographed by Pawan Acharya whereas the contestants were been dressed in the designs of fashion designer Simon Pandit. In the event along with Talent award Shaswat Oli was chosen as Mister Nepal Teen 2021 while Nandu Acharya along with mister multimedia and people’s choice award was elected as the first runner-up.

Likewise along with Mister physics and photogenic award Cyrus Bishwokarma earned the second runner-up position. As mentioned by the organizing team all the major title winners of the winner would be representing Nepal at the respective finals of the international pageant being held in Ecuador.