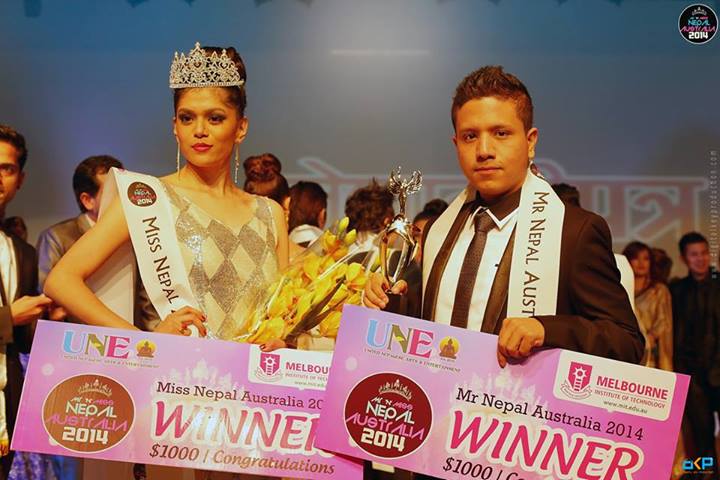 Glamour Nepal | Aarzoo Karki and Anupam D. Kiran were been selected as the winners in the grand coronation night for Melbourne Institute of Technology Mr. and Miss Nepal Australia 2014 that took place on 19th of July 2014.

The event was showcased at Hurstville Entertainment Center where 14 female and 8 male contestants were in the race to grab the major title awards. In the event, Babind Limbu and Junita Lama were successful to grab the first runner-ups award while Ashish Shrestha and Sudibty Shrestha were chosen as the second runner-ups for the competition. 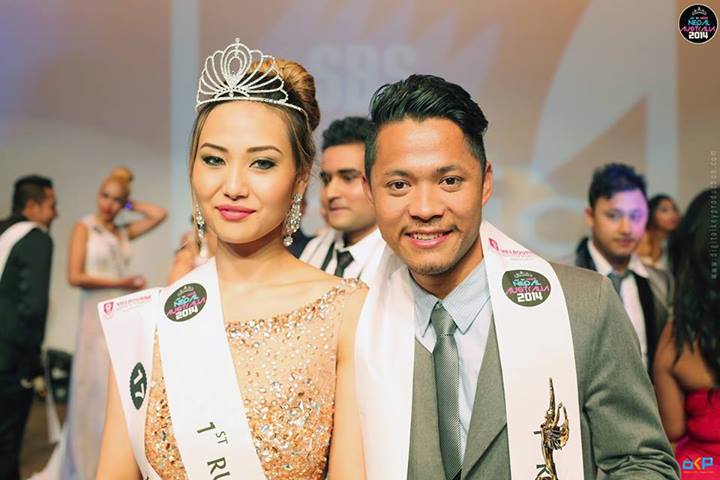 Besides the competition the fashion show performed by Nepali models residing in Sydney was the highlight of the event. The show Featured the unique collection of dresses designed in the Dhaka fabrics created by Designer Shama Banu, who is the fashion graduate from Namuna college of fashion technology popularly known for her unique and exclusive Dhaka collections. The event did incorporate the showcase of various Nepali folk, modern and western dance numbers performed by the artists of Nepali Dance Bar located at Sydney. 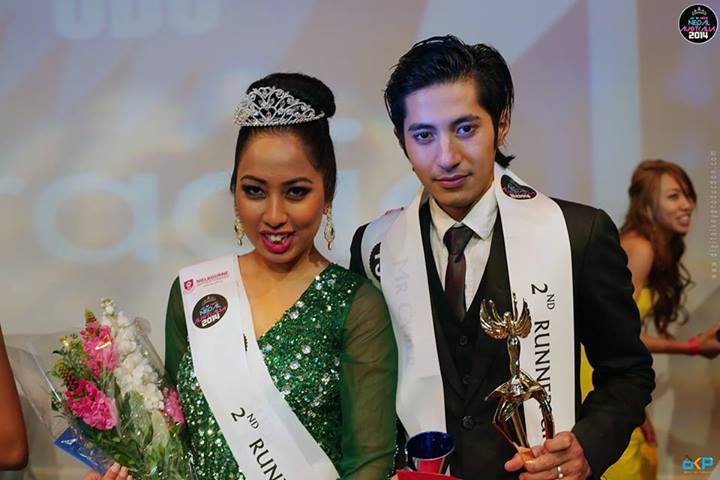