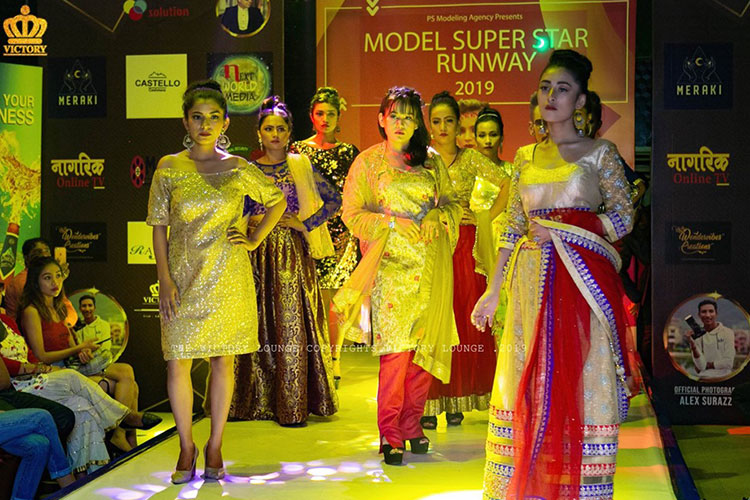 From Castello Pashmina to Raina designs, Meraki to Anita Khati and Anu Subedi from Wonder vibes creation, all the designers came under one roof, one runway to showcase their exclusive collections. The destination was Victory lounge, Durbarmarg, Kathmandu and the event was Model Superstar Runway.

Saturday evening of 28th September 2019 got busy with all the actions seen on the runway performed by more than three dozen aspiring male and female models.

In the event organized by PS Modeling agency along with the upcoming and experienced models the winners of Multimedia star performed on the runway. Miss little idol 2018 Nerishka Sthapit walked the runway as the special performer while Rekha Shah delivered her musical hit called simsime panima.

The event concluded with finalization of the winners in various categories. Among them Calvin Kayastha and Smriti Shah were awarded as the winners with awards called public choice. 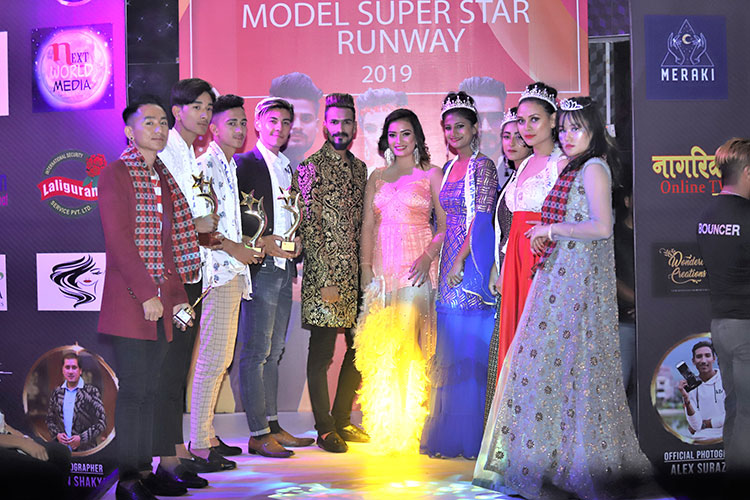