one of the most popular Miss Nepal World, Shrinkhala Khatiwada has been featured on The cover of WOW Magazine, May 2021 issue. Shrinkhala was crowned as Miss Nepal World, at the 23rd annual Miss Nepal pageant held on 11th April 2018 at Hotel De’ La Annapurna, Durbarmarg, Kathmandu. She is the second Miss Nepal to win Beauty with a Purpose Award in Miss World pageant while she also bagged the Multimedia award at Miss World 2018. 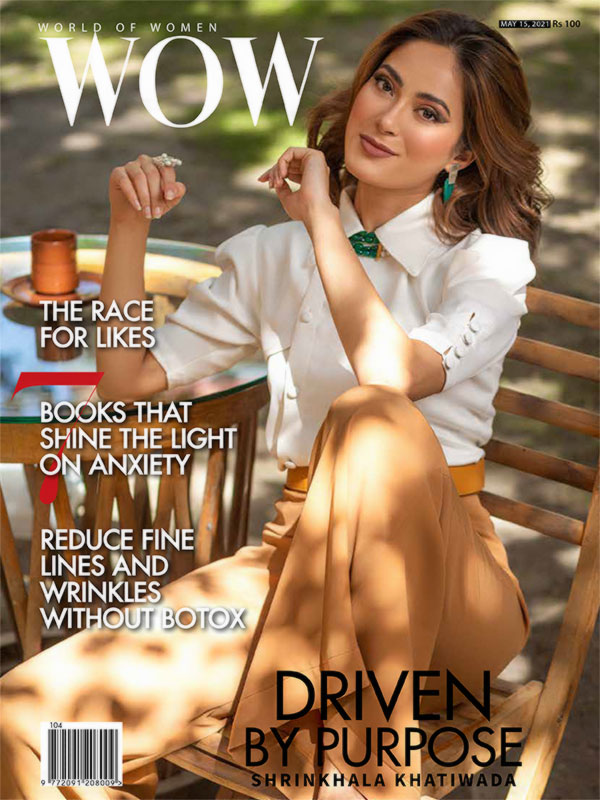 The confident, poised, and charming beauty queen, Shrinkhala has graced the cover of the latest edition of WOW Magazine. In the picture, the lady is been flaunting Inspire by fashion designer Antee Gurung. The shoot was been conducted at Kantipur Temple House located at Chusyabahal, Kathmandu, and the stylist of the shoot is Ariri by Abinash Shrestha. The beauty of Shrinkhala is enhanced by Makeup artist Suman Lama whereas jewelry is from Si by Sichu Khairgoli. The moods and poses were captured by fashion photographer Suzan Shrestha.

CHECK OUT THE IMAGES GALLERY HERE: