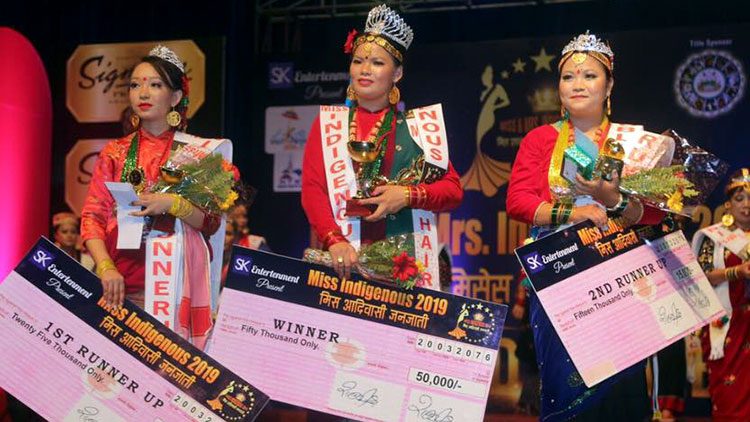 In the grand finale of first season of Miss and Mrs. Indigenous 2019 showcased at Rastriya Naachghar, Jamal, Eliza Gurung has bagged the title award of Miss Indigenous 2019. As the winner she was awarded with cash prize of rupees fifty thousand. She was also successful at the awards called viewer’s choice and best hair. The competition saw Apsara Gole as first runner-up while Prem Kumari Sunari Magar bagged second runner-up position. Apsara was also successful at Active award while Prem Kumari took away the award called public choice. 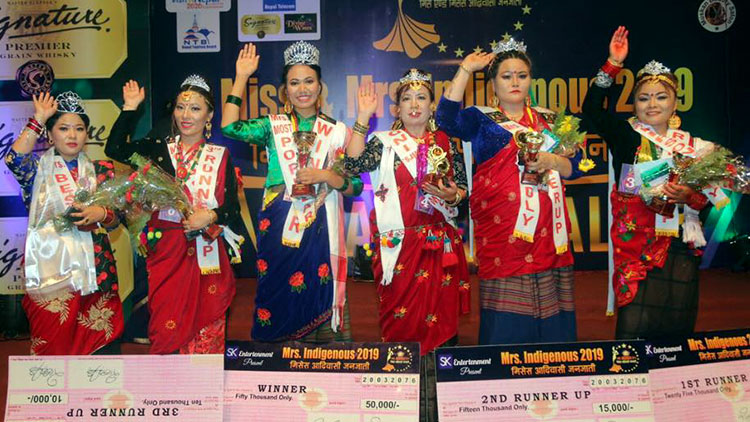 In the event organized under banner of SK Entertainment Pvt. Ltd. Mina Moktan was crowned as Mrs. Indigenous 2019. As the winner she was awarded with cash prize rupees fifty thousand. She also bagged the awards of most talented and popular. In the event along with personality award Sushila Thapa Magar walked away as first runner-up while Chesang Lama bagged second runner-up position along with most friendly award. Likewise the event elected Rojina Gurung as third runner-up along confident award while Rashmi Gurung completed the event as forth runner-up. Rashmi was also successful at best skin and viewer’s choice award. 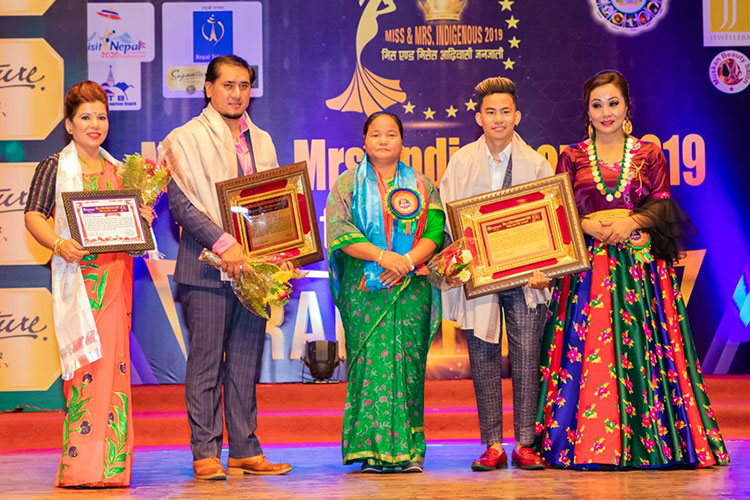 In the event fashion choreographer and media person Rojin Shakya, first Nepal Idol Buddha Lama and social activist Ambika Aryal were been felicitated. The three of them were been recognized for their achievement and contribution in their respective fields. They were been felicitated by the chief guest of the event, Onsari Gharti Magar, first female speaker of Parliament of Nepal.