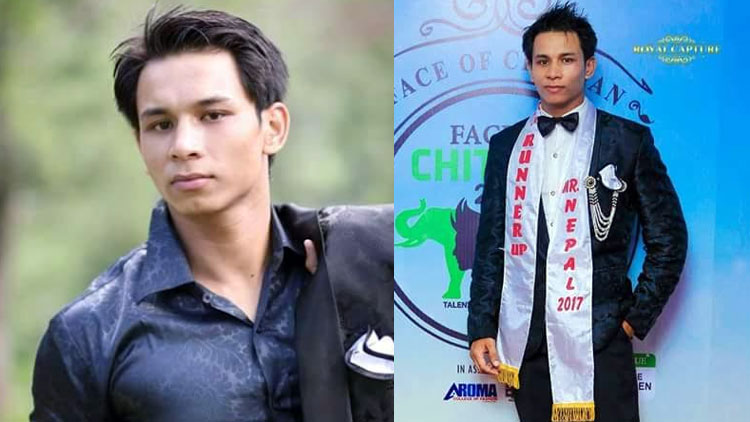 International male pageant named as Man of the World 2017 will have Nepalese delegate to compete. The event is being represented by Dr. Shree Ram Chand.

Doctor by Profession, Dr. Shree Ram Chand is currently working as a medical officer at Tanahun Vyas Nagar Hospital. Very passionate about modeling Dr. Chand is five feet ten inches tall and is been the part of Mister Nepal 2017.

25-years-old Chand was successful to secure third runner-up position in Mister Nepal competition. In the event he was also awarded as Mister Sports.

Other than modeling he is also the lover of football, reading and watching movies. Regarding Chand’s participation at Man of the World 2017 competition, he was been groomed by Choreographer Rojin Shakya while he went through the fitness training under guidance of fitness instructor Gambhir Jung Rayamajhi.

Chand’s sportswear for the participation is been sponsored by Rangashala sportswear. He would be doing acting for the talent showcase in the event.

Dr. Chand has headed to Philippines on 17th of July 2017 for his participation at Man of the World 2017. He would be competing with more than two dozen young men from various corners of the world.

Man of the World is going to be premiered on 28th of July 2017 and would be showcased at One Esplanade in Pasay City, Philippines and is being organized by Prime Event Productions Philippines Foundation, Inc. The event is subjected as Masculinity with Responsibility.

Regarding Dr. Chand’s participation at the event, coordination and other necessary arrangement were been performed by Avatar International, the franchise of the event for Nepal.