Madhuri Dixit to play an essential role in Baahubali – 2: SS Rajamouli created enough impression with his recent movie Baahubali: The Beginning. The movie has been made on a big budget of over Rs 150 crores. Baahubali: The Beginning minted Rs 600 crores in all the released languages across the world and emerged as the third highest grosser among the Indian movies released till date. 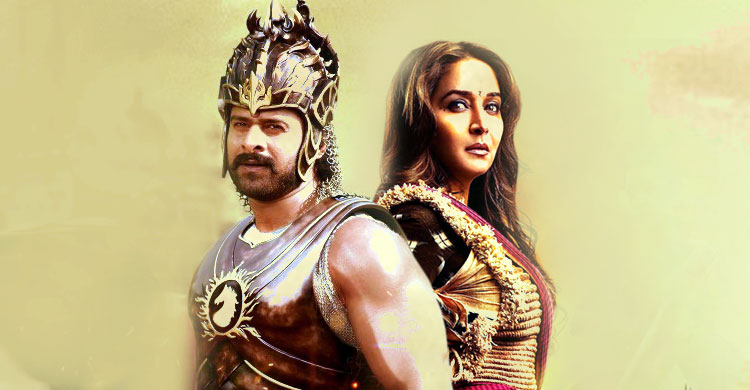 After the release of the blockbuster movie ‘Baahubali: The Beginning’ is once again creating a buzz that the Bollywood diva Madhuri Dixit will play an essential role in the second part. It has been said that Madhuri will be roped in the role of sister of Anushka Shetty.

Baahubali 2 is slated for 2016 will focus on the story of Amarendra Baahubali (Prabhas) and Maharani Devasena (Anushka Shetty). There has been not yet an official statement from the makers but reports are quite positive about Madhuri being considered in the role.

Meanwhile, the director recently confirmed that he is planning a third sequel of the film too. Rajamouli tweeted “Many rumours on Baahubali-3 the story will conclude with part-2. No dragging… but the world of Baahubali will continue in a way that’s been never experienced before ever, will reveal the details when appropriate. Don’t believe the rumours. Only I know what’s going to come…”