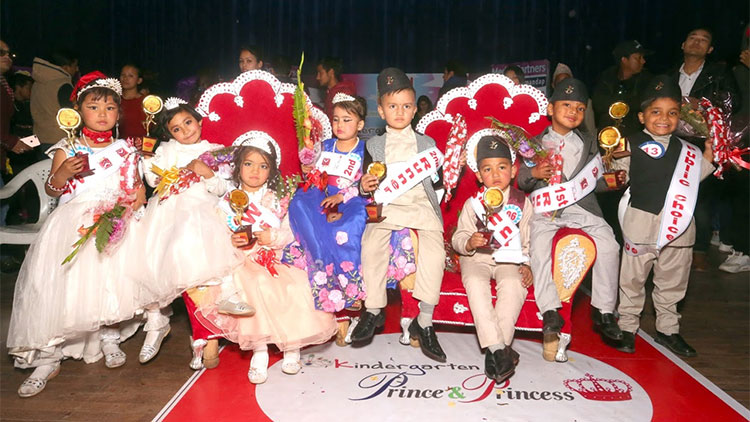 The event organized by RK Entertainment group had 11 male kids and 14 female kids in the competition. In the event Ronak Bhandari and Jiyana Regmi clinched the title award of Kindergarten Prince and Princess.