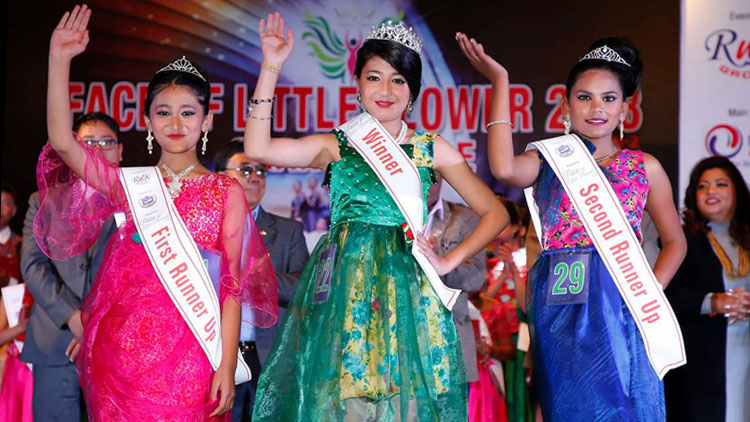 In the finals of Face of Little Flower Public School 2018, Jenisha Shrestha is been crowned as the winner of the competition. In the event Ankita Shakya bagged the first runner-up position while Gunja Thakur completed the event as second runner-up.

The event was been organized by Little Flower Public School, Sankhamul and was been managed by R and R group. The event had forty-five contestants, among them twenty-nine were girls while sixteen were boys. The event was hosted at Rastriya Naachghar, Jamal, Kathmandu.

Winners in other categories: