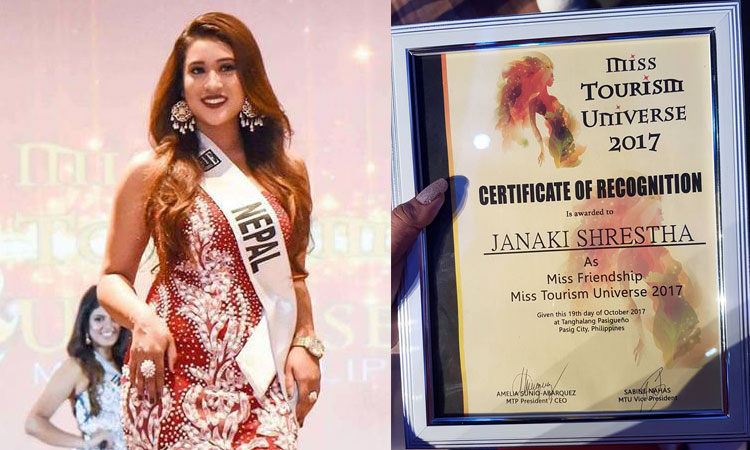 The Nepalese delegate at Miss Tourism Universe 2017, Janaki Shrestha has bagged Miss Friendship award and was placed among top 12 in the final competition. 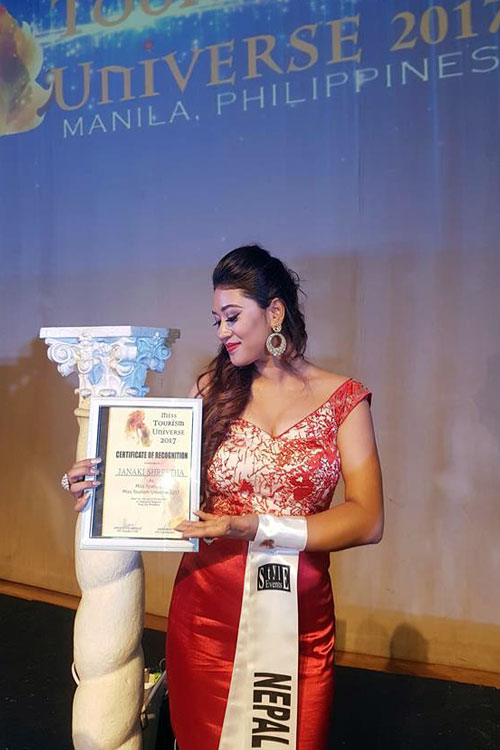 A nurse by profession, Miss Tourism Universe Nepal 2017 Janaki Shrestha, earlier was chosen as second runner-up for Miss Asia Nepal 2017. In the event she also grabbed the awards of Most Popular and Best dressed.

Prior to she was also spotted in the second season of Miss Nurse Nepal event where she was able to bag the awards of Most Popular and Most Charming.