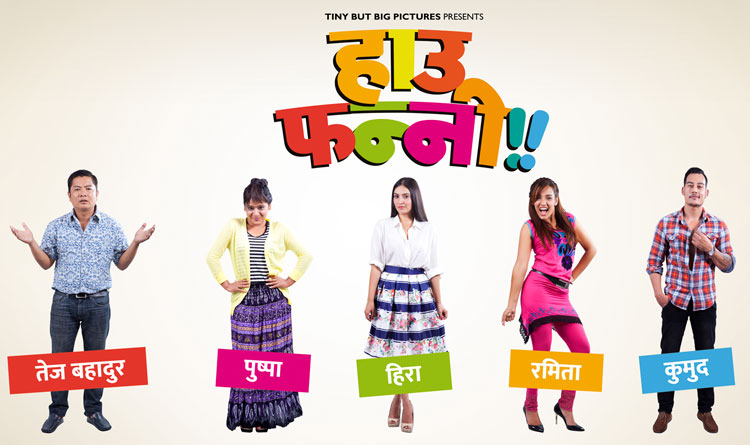 Ms. Sherpa has a degree in film making from the Asian Academy of Film and Television, India. She has done short films like KAGAJ which was nominated for best short film in the SAARC film festival in 2012. Her forte is short films and this is her first attempt at a feature film in Nepal.

Here are some snaps of the opening of HOW FUNNY

Watch The First Look Posters of HOW FUNNY