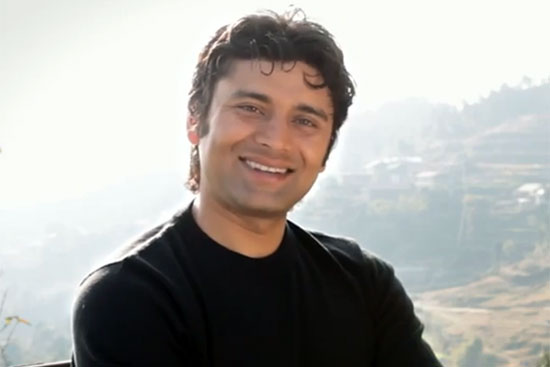 The film received award on Saturday with standing ovation during film festival organized at Indianapolis from October 16 to 25 (Ashoj 30 to Kartik 8).

Talking from USA, actor Koirala informed about the achievement made by the film, adding that it has helped to recognize Nepal globally.

“I am feeling glorious. The film portrays Nepali culture and its natural beauty. I am delighted that the story of my country received the acclaimed award.”

Heartland Film Festival is considered as one of the prestigious in the United States. According to Koirala, films that are declared best under short films category get direct entry to last five at the Oscars.

The film tells the story of a spoiled British heiress and her changes in life following visit to Nepal. Raj Ballav has played the role of a pilot in the much-talked film.

Suyasha Rana, Dev Bhakta Khanal, Sayus Gurung Bajracharya, Sunil Shrestha among others have acted in the film written and directed by Rick McFarland.

The release date of the film has not been fixed yet. Koirala further informed that preparations are underway to release the film in Nepal too.