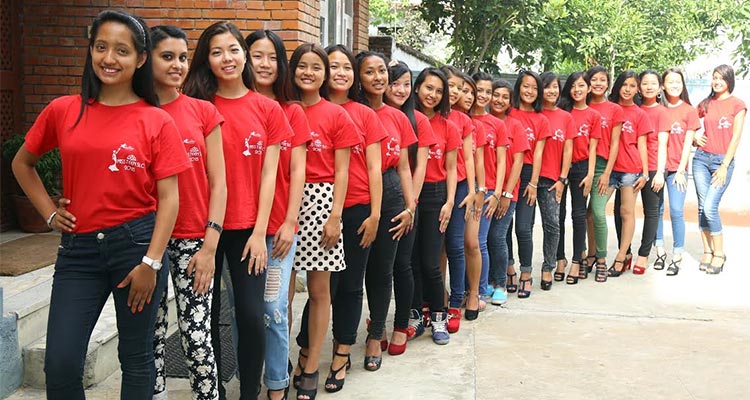 The big buzz these days in capital city is about pageants related to SLC appeared girls and boys. In that regard one them is Miss Teen SLC 2015. The event initiated by Star One entertainment is under grooming process which is mainly focused on stage presentation and performance, bridge course, personality development and other activities like various field trips, training on zumba, fitness, swimming and others. Twenty six girls are being groomed for the finale dated on 16th of Asar 2072 at Rastriya Naachghar, Jamal.

According to Puja Niraula, the organizing team member, the finale event would be selecting winners in various sub titles and five of the major ones which would be winner, first runner-ups, second runner-ups, third runner-ups and forth runner-ups.The event is being choreographed by Aswini Jha.