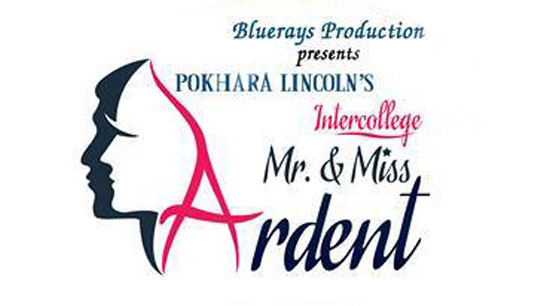 Glamour Nepal
Blue Rays Production and Event Management Company is right ready to create the opportunity for college going boys and girls of Pokhara. The organizing team has come up with an idea of a competition named as ‘Inter College Mr. & Miss Ardent 2015’ where 15 number of boys and 15 number girls would be competing for the title awards. The audition rounds would be conducted in two schedules and final event is planned to showcase on the month of Falgun 2071.

As been told by the organizing team, grooming session of the contestants would be focused on personality development, public speaking, fitness and spa training, beauty and fashion awareness, traffic rules awareness, socialization, field trips, blood donation campaign and others. So, College going boys and girls if you fall under 16 to 22 age category this could be an opportunity to be seen on the scene.