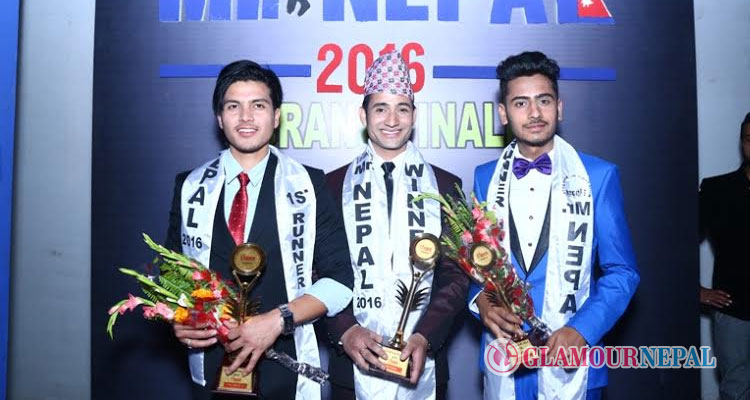 Leaving behind his 44 fellow contestants Ganesh Agrawal stood as the winner of World Touch Mister Nepal 2016 in a grand finale showcased on 27th of March 2016 at Army Officers Club.

Along with the title trophy and other rewards Ganesh now would be representing Nepal at Mister World 2016 where he would be competing with global representatives from the various corners of the world.

In the event organized by Expose Nepal dot com, Dipson Bhattarai was positioned as first runner-ups while Sashank Pokharel took away the second runner-ups spot.

The event choreographed by Prashant Tamrakar was been graced by popular faces from Nepali silver screen like Saroj Khanal, Dhiren Shakya, Rekha Thapa, Aryan Sikdel, Jiwan Luitel, Gajit Bista, Saugat Bista, Shyam Aryal and many others. The event was accompanied by the musical entertainers like Dhiraj Rai, Mingma Sherpa and Kamal Khatri. The event was been jointly hosted by Kala Subba and Rojin Shakya.