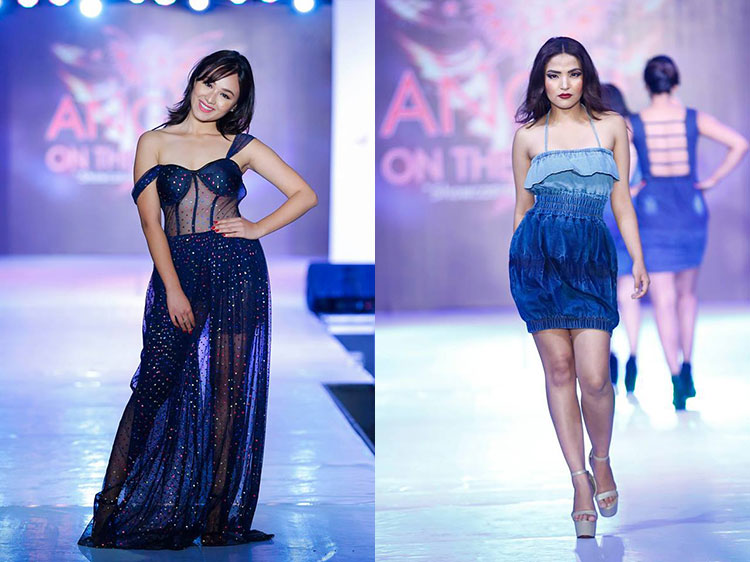 18th May 2018 saw an exclusive fashion show named as Angels on the floor. Showcased at Hotel De la Annapurna, the season four of the event saw various collections of fashion and styles from different designers. 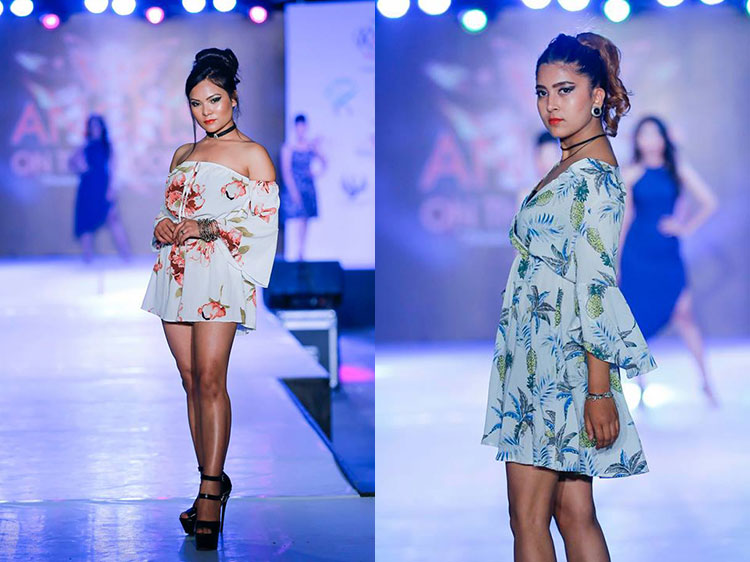 The show saw the casual form of sarees and cock tail wear collection by designer Manisha Kharel while designer Surakchhya Regmi displayed her latest collection of wide range of vivid styles of gowns under her outlet named SR collection and Boutique. 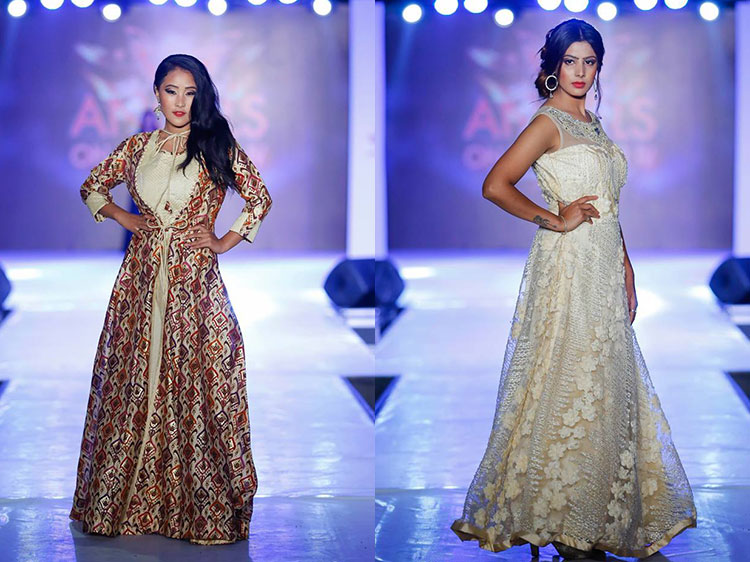 Designer Duo Sunil Maharjan and Sushma Maharjan came up with the collection of A line, fitted, semi fitted, Princess style and other designs of casual summer wear based on denim jeans under the brand called Wochu jeans.

Organized by Manju Shrestha under the banner called R and R group, the event was hosted and choreographed by Rojin Shakya and had sixteen female models walking on the huge runway set up. 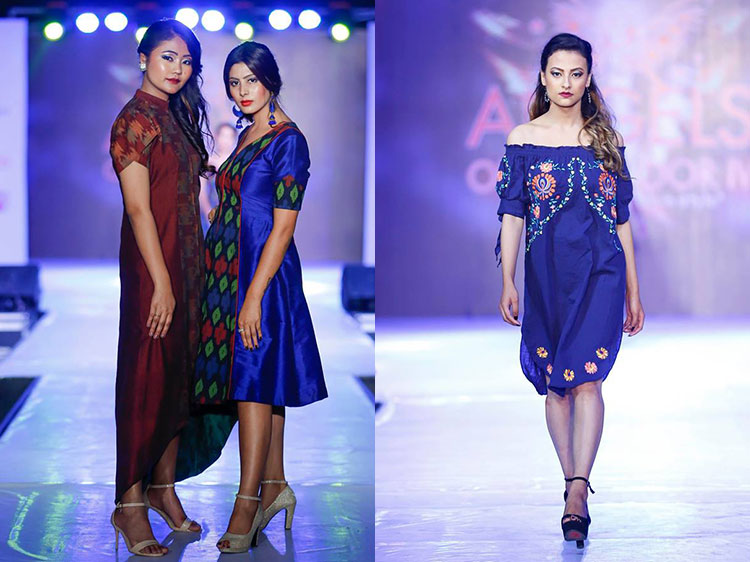 The event also featured the ethnic Dhaka wear collection presented in contemporary designs by SABAH Nepal while the complete range female summer ready to wear dresses were also showcased under the name Alexis collection. The leading duo from the movie called Ranveer, Sushil Sitoual and Subekshya Khadka and Pinjanda Back Again actress Sara Shirpaili were also spotted on the runway of Angels on the floor season 4. 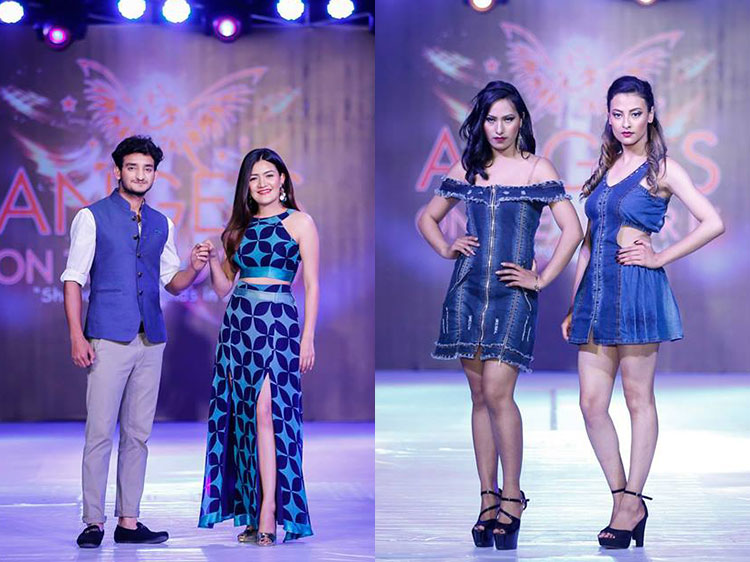