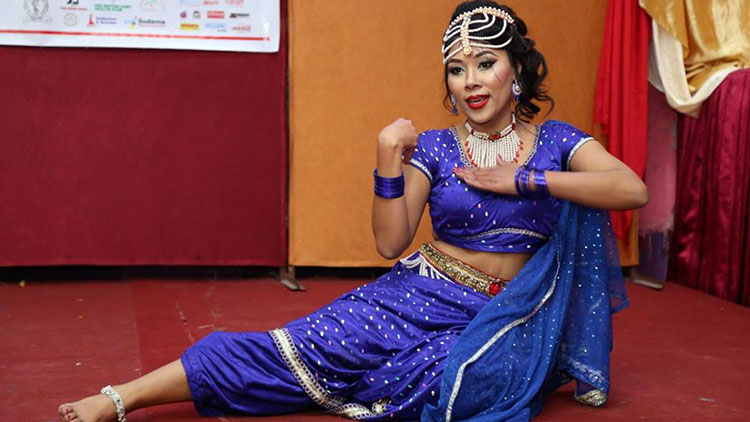 The twenty six participants of first edition of Mrs. Beauty Queen Nepal 2017 have showcased their talent during the talent round held in Kathmandu. Most of the contestants were found giving their best in dance performances while some of them were found trying their singing talent.

Other than the dance and singing, speech, poem recitation, art and crafts were also seen being performed by the contestants. The talent showcase was been judged by the team of dance choreographer Rajendra Kamal Rai, fashion choreographer Rojin Shakya and Miss Teen college 2015 Kusum Thapa Magar.

The event being organized by Season media would finalized its winner at Rastriya Naachghar, Jamal, Kathmandu on 4th of January 2018, Thursday. As told by the organizer Mrs. Beauty Queen Nepal 2017 would receive a brand new TVS scooter, a gift hamper worth rupees one lakh and fifty thousand from Let me in and a four day tour package to Malaysia.