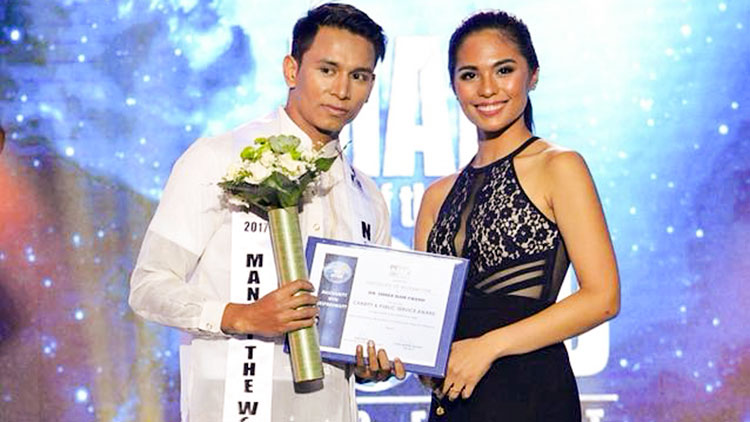 In the premiere edition of brand new male beauty pageant entitled as Man of the World 2017 witnessed Dr. Shree Ram Chand winning a special award category called Charity and Public Service. He was also placed at top ten best in formal wear category. The event was been premiered on 28th of July 2017 at One Esplanade in Pasay City, Philippines and was organized by Prime Event Productions Philippines Foundation, Inc.

Five feet ten inches tall, Doctor by Profession, Dr. Shree Ram Chand is currently working as a medical officer at Tanahun Vyas Nagar Hospital. Earlier 25 years of age Chand was successful to secure third runner-up position in Mister Nepal 2017 competition and also awarded as Mister Sports. Regarding Chand’s participation at Man of the World 2017 competition, he was been groomed by Choreographer Rojin Shakya and coordination as well as the other necessary arrangements were been performed by Avatar International, the franchise of the event for Nepal. 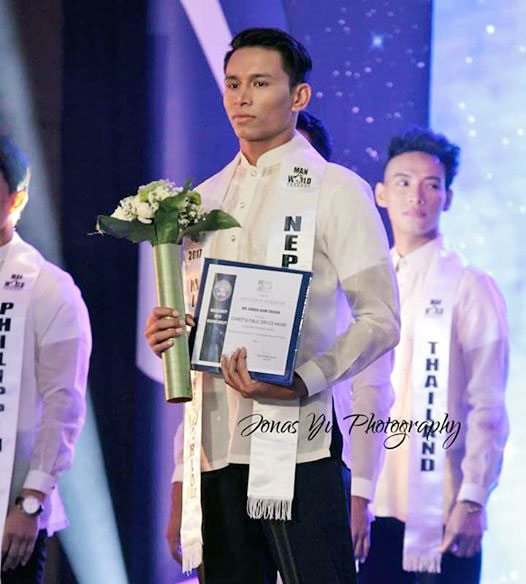