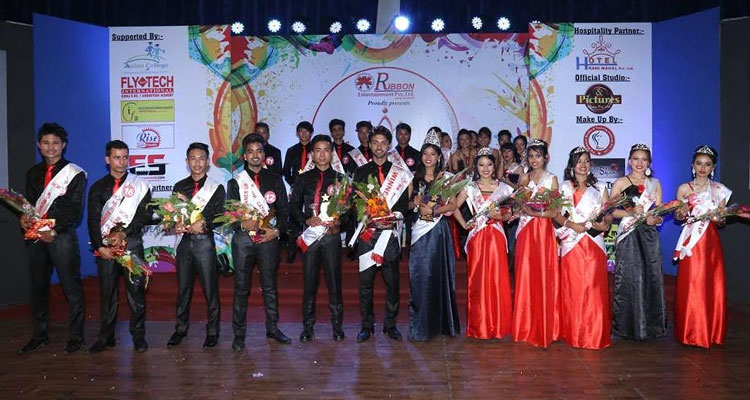 19th of March 2016 witnessed a pageant including both the male and female participants named as Nepal’s Face of the year 2016. The event showcased at Rastriya Naachghar, Jamal went through various rounds of evaluation before the declaration of the winner.

Finally after a hours of battle Diwash Dhital and Rabina Shrestha were been chosen as the second season winner of Nepal’s Face of the Year pageant. The event saw Lovin Ansari and Rani Kharel as the first runner-ups while Prajan Tamang and Anu Bhusal, Surya Budhathokia and Aakrita Tiwari respectively made to second and third runner-ups position.

Likewise Nik Bhujel and Manisha Thapa secured themselves as the winner of forth runner-ups award. The event was been organized by Ribbon Entertainment Pvt. Ltd.