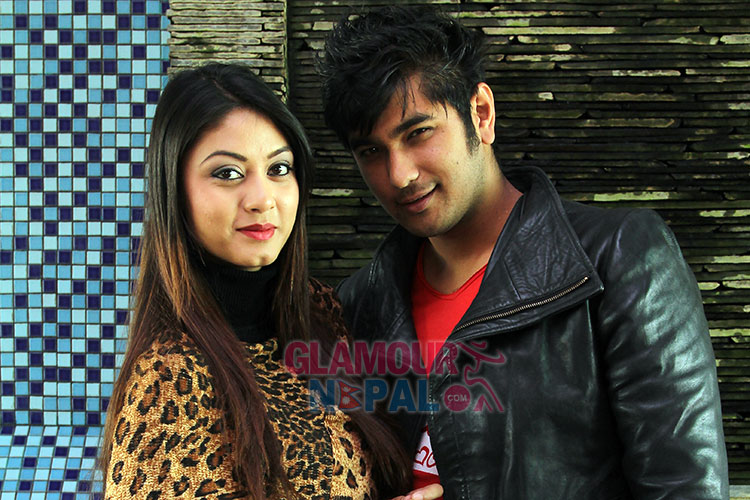 Glamour Nepal,
The month of Poush has been the coincidence month for the film ‘Zindagi Rocks’ slated to be released from Poush 18.

Birthdays of director Nikesh Khadka, actor Sauram Raj Tuladhar and actress Akesha Bista falls in this month. Director Nikesh Khadka called journalists on Thursday in the capital and celebrated his birthday and also gave opportunities for film artists to share their experiences.

“This month is very important for us. That’s why we are sure that the film will do good business,” director Nikesh Khadka said, “The film has presented the problems faced by youths who heads for a single day journey.”

He claimed that the film will provided full entertainment as it is a professional film of familial flavor. Richa Sharma, Prakriti Shrestha, Makan Rai, Binod Mainali, Vicky Pulmai and Rajendra Khadgi have acted in the movie shot in scenic places of Kathmandu, Pokhara and Chitwan districts.

The songs are composed by Sugam Pokharel, Kamal Khatri, Pushpan Pradhan and Sanjeev Shrestha. The film under the banner of V Production is produced by Birendra Raj Tuldhar and Sujita Shrestha. Umesh Maharjan is fight director, Hari Humagain in cinematographer, while Binod Mainali is co-director of the movie.