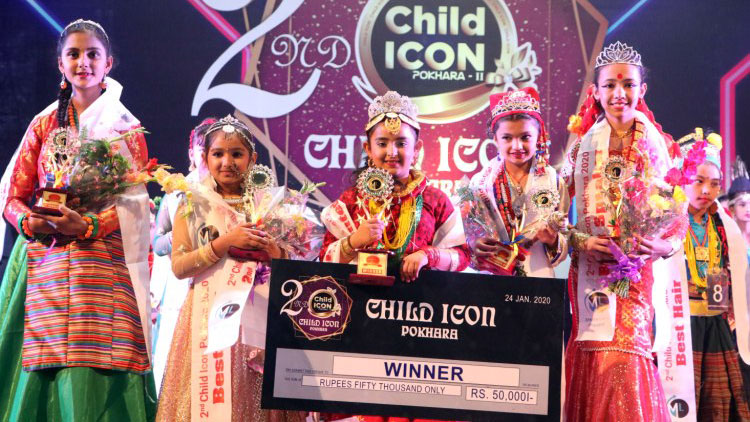 The second season of Child Icon Pokhara has been completed finalizing Ishani Baraili as the grand winner of Child Icon Pokhara 2020. In the event hosted at City Hall, Pokhara by Media Land. Pratharna Regmi and Lawanya Lamsal were been elected as first and second runner-ups respectively in the junior age category.

In the senior age category Manushi Bhandari and Aakanchya Acharya were respectively been awarded as first and second runner-up. The event had fifty numbers of participants from fifteen different schools of Pokhara. Among them thirty four were girls and sixteen were boys.