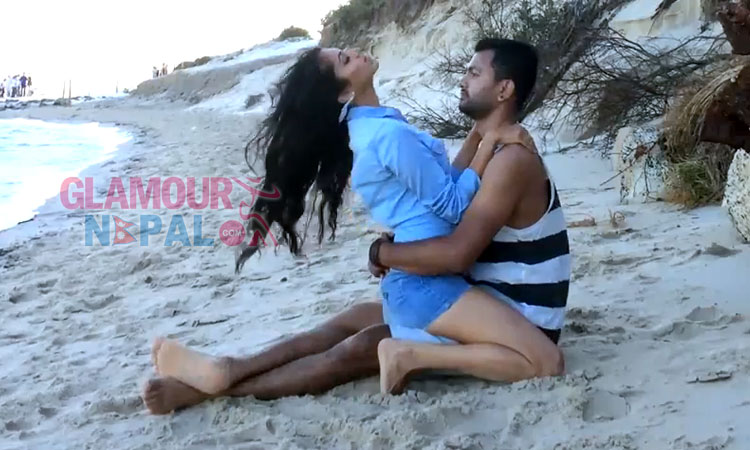 Glamour Nepal, Kathmandu
With the increase of production of music video, new technologies have been adopted.

Meanwhile, Nepalese in Sydney have produced a music video by filming with an iPhone 5S. ALP Entertainment has claimed that it is the first Nepali music video based on ‘follow me social photography concept’ using different features like selfie, slow motion times lapse among others.

watch some screen shot of the video / click on small images to view LARGE.

The music video of the song sung by Mana Slang featuring Darshana Shakya and the music video is directed by Manoj Adhikari. The song is written and composed by Mana. In the music video shot and edited by Sabin Gyawali. Azay Rajbanshi and Pooja Priyanka have been featured.