Miss UK Nepal, a pageant focused on young Nepali girls within the age group of sixteen to twenty four years age living across the UK is now back again with its season 5 competition. 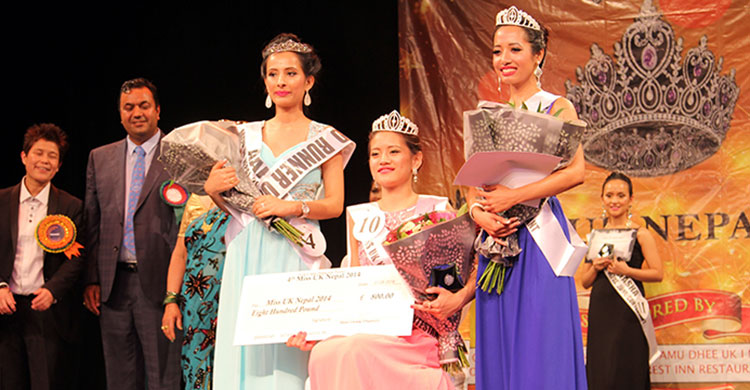 The pageant to be hosted by Events & Ideas Production has now officially announced the audition date for those who are interested to join the competition.

The audition round would be held on 25th July 2015 at Gurkha Palace Restaurant located at Farnborough. Finale is scheduled for 5th of September 2015 and would take place at Princess Hall in Aldershot, UK. So far, Nabina Gurung, Gaumaya Gurung, Durga Gurung and Nia Dewan are been crowned as Miss UK Nepal. In the 2014 edition Sumi Shrestha was elected as Miss UK Nepal 1st Runner Up while Arya Sharma was chosen as Miss UK Nepal 2nd Runner Up.