Bollywood actor Shakti Kapoor, known for his villainous and comic roles, is in Capital. He arrived here on February 5 as per social media posts. Nepali actor and pilot Vijay Lama revealed of Kapoor’s arrival when he posted a photo of him with the ChaalBaaz actor on his Facebook page on February 5.

“Shakti Kapoor was on my flight from Mumbai to Kathmandu! He liked flying with NAC..today on RA202,” Lama posted along with the photo. 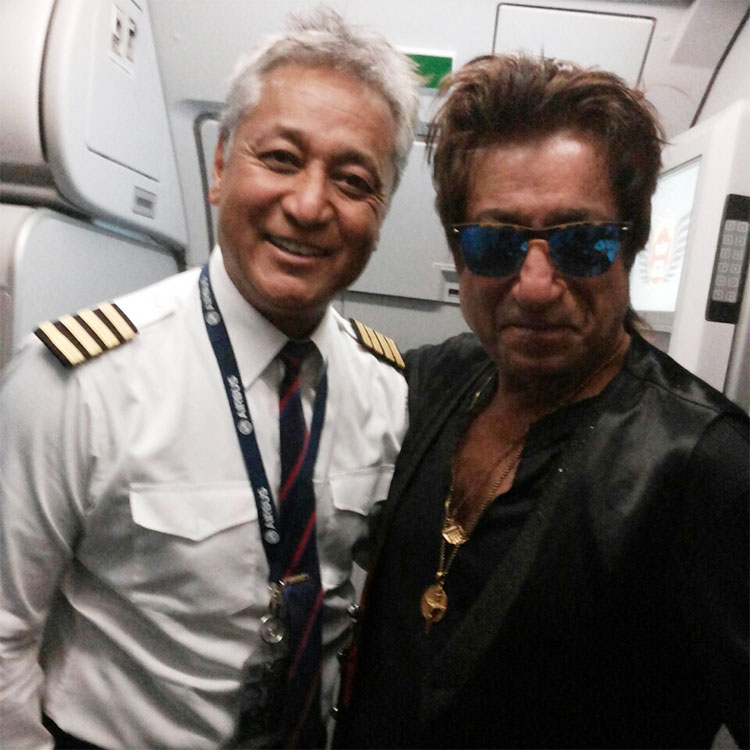 The Raja Babu actor was also encountered by another Nepali actor Gaurav Pahari, who was in Tribhuvan International Airport on the evening of February 5 to see off his friend.

He recalled, “I saw a huge crowd at the arrival section of the airport. Security personnel were also present there. And then I saw Shakti Kapoor with a lady, probably his wife.”

He even informed his father, Tika Pahari, that “his friend has landed here in the Capital”. As per Gaurav, Kapoor and Tika are friends.

Kapoor, known for his catchy dialogues like Aaaooo Lolita, Main Nanha Sa Chotta Sa Bachcha Hoon, Nandu Sabka Bandhu, has made people fear and laugh with his different roles in more than three decades of acting career. His other films include Darwaza, Sargam, Jaani Dushman, Gunda, Chup Chup Ke, Andaz Apna Apna and Hungama among others.

The reason of his visit is not known yet. – HIMALAYAN NEWS SERVICE