After enthralling the audience in the ‘Baahubali’ series, Prabhas is now working on the super mysterious project ‘Saaho’. Now, the makers have finally revealed the first look on the actor’s birthday as a tribute.

38 year Baahubali star Prabhas twitted “Big thanks for all the wishes and love. Here is a glimpse of ‘Saaho’ especially for you guys,” along with the intriguing poster. 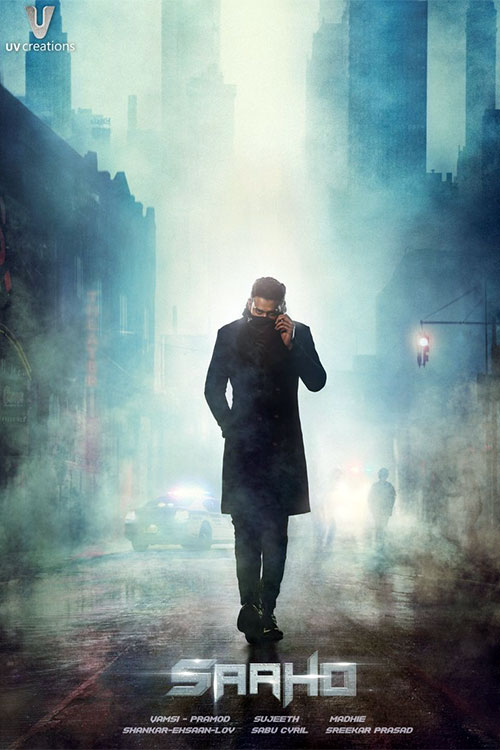 The poster shows Prabhas clad in all black and partially covering his face with a mask. He can be seen walking through a foggy city street with what looks like a crime scene behind him. Prabhas can also be seen carrying a phone in his hand.

Actress Shraddha Kapoor features in the movie, written and directed by Sujeeth. The film will hit the screens next year, and is being shot simultaneously in Hindi, Tamil, and Telugu.

A UV Creations production, ‘Saaho’ is produced by Vamsi and Pramod. It has music by the Shankar-Ehsaan-Loy and lyrics by Amitabh Bhattacharya.