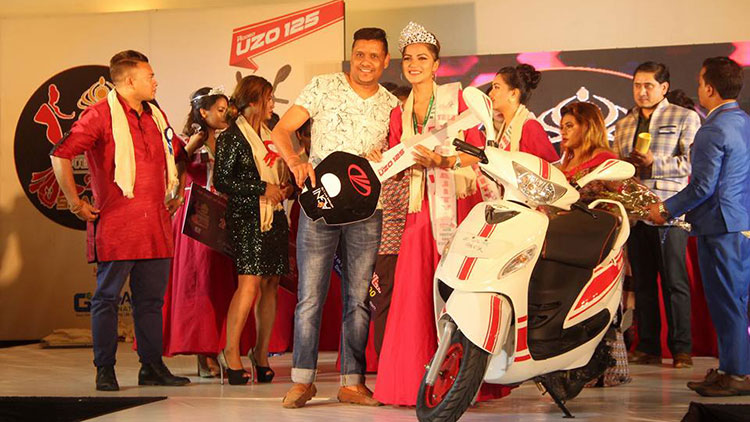 In the finale showcased at Hotel De la Annapurna, Durbarmarg, Ashmita Khadka was been crowned as the winner for the second season of the event.

She received a brand new Mahindra scooter as the first prize. In the event Yoshi Hyolmo was chosen as second runner-up while Grishma Rijal was positioned as third runner-up.

As told by the organizing team of the event Youth creation Nepal, the first runner-up position is been suspended in charge of disciplinary action. The event was been choreographed by Rojin Shakya.