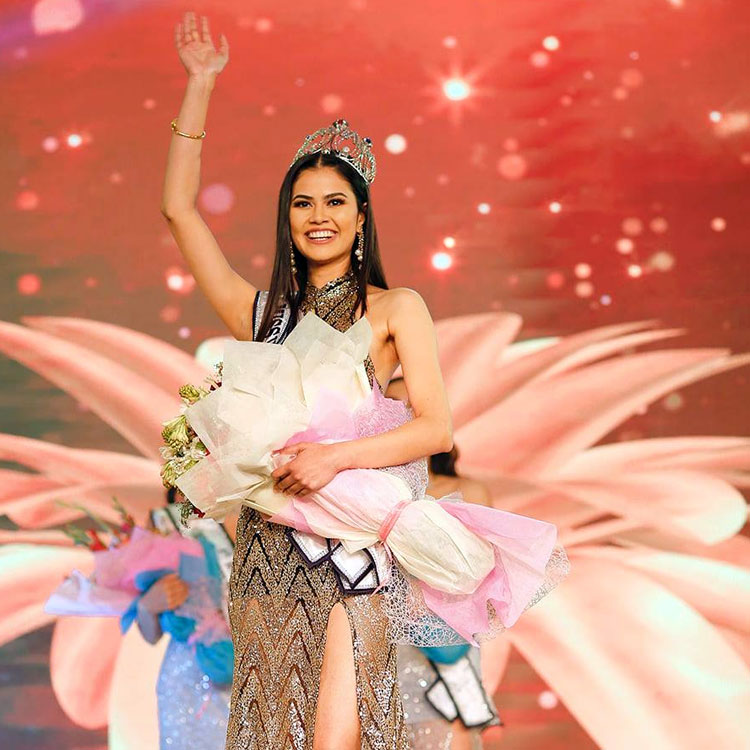 ‘The one lesson that I have learned after COVID-19 is always to be ready for all the challenges that life throws at you because life is uncertain. Also for the government and for the individuals, be economically prepared because COVID-19 has taught us that economy is so important that we need to always be aware and always secure our finances to be moving forward in life’. This was the award-winning answer given by Anshika Sharma against the final question, ‘What is the one life lesson that you have learned after COVID-19 and its effects?’

The exclusive crown was beautifully been designed and crafted by Apala Jewels. The crown is made out of diamonds and white gold. As the prize of being the winner, Anshika bagged rupees ten lakhs and also would through an exclusive grooming session for the preparation to represent Nepal at Miss Universe. The training session would be conducted by Empire Studios in the Philippines.

In the event, Nina Kant Mandal was chosen as the winner of the Brave, Bold, Beautiful BBB Social Advocacy Award for her video on mental health. Besides the Social Advocacy Award, the remaining subtitles were been decided by public voting conducted via Miss Universe Nepal app and Khalti app. The receiver of the highest public votes was been decided as the winner of each respective award. 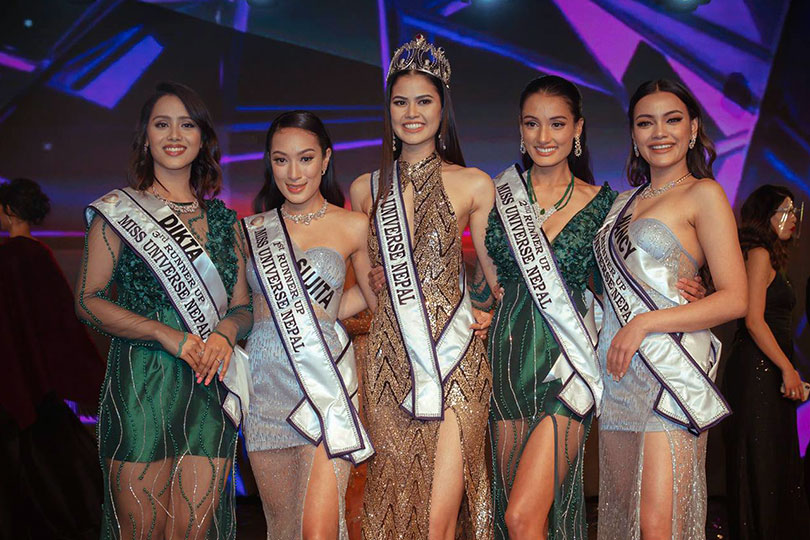 At its initial stage the event organized by Brave Bold Beautiful Pvt. Ltd started as the virtual competition and from the various rounds of competitions and eliminations, the top 18 quarter-finalists were been decided who proceeded to close camp training sessions at Kathmandu Marriott Hotel, Naxal, where the final stage presentations were been choreographed by the official choreographer of the event Prashant Tamrakar. Before joining the residential training, the contestants went through the health test performed by Star Hospital in regard of COVID-19 and followed all the health safety protocols directed by the Hotel.

The event kicked off live through AP1 HD Television at 6 pm and saw various surprising elements incorporated in the pageant. Miss Universe Nepal 2020 incorporated live public voting to decide 40 percent of the top ten and also the top five spots of the competition. For the finalization top ten contestants, from the jury member’s court, five contestants were been decided while four of the top ten made their placement on the basis of the highest public votes secured by the contestants. One spot in the top ten was secured by the winner of the Brave, Bold, Beautiful Social Advocacy Award, and that was Nina Kant Mandal. Besides Nina, Anshika Sharma, Sujita Basnet, Dikta Thapa, Nancy Khadka, Paramita Rana, Priya Sigdel, Roshani Khatri, Parichhya Bista, and Arika Ranabhat made to the top ten.

Likewise, for the top five selections, from the judges’ court, three were been picked, and the remaining two were the highest public votes, achievers. The public voting was attained through Miss Universe Nepal app and Khalti app. Both the live voting was opened and closed during the live event. The contestants were spotted in the dresses designed by Pree by Priyanka, Creation by Amit Baral, and Kaavya, the soul of fashion. The event was jointly been hosted by Rabi Rajkarnikar and Subeskha Khadka.