Angels on the Floor, The fashion event has been showcased in Dhangadi. Four round of fashion presentation took off with the cultural and ethnic dresses of Nepal.

Recently the far west city of Nepal, Dhangadi witnessed a fashion event called Angels on the floor. Showcased on the runway set at the premises of Hotel Sathi, Dhangadi, Four round of fashion presentation took off with the cultural and ethnic dresses of Nepal. 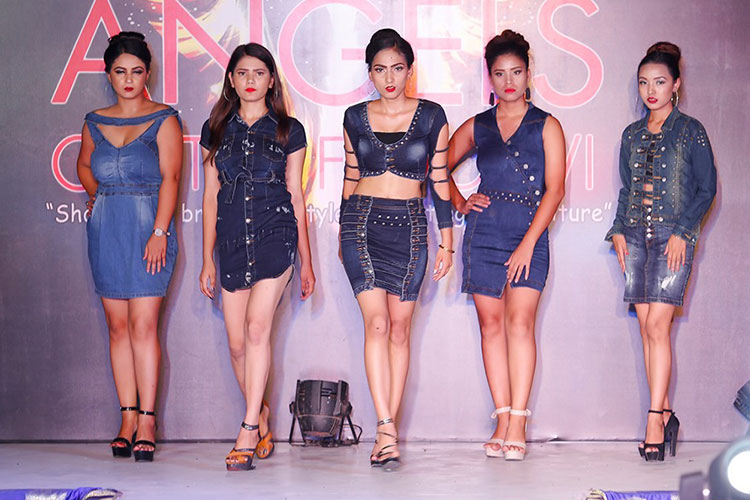 Eleven female models the sizzled the runway with the collection of Wochu Jeans which showcased the various types of garments made from jeans and were been designed by the designer Sunil Maharjan. 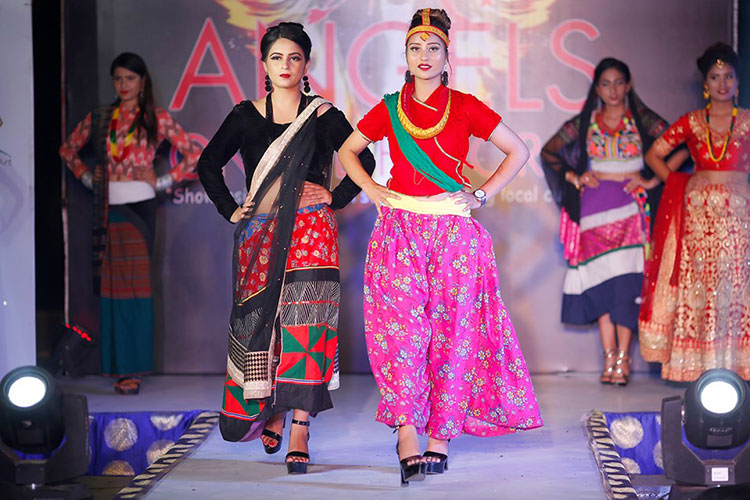 Next came the various printed and slogan T-shirts from JUJU wear where models teamed the T-shirts with jeans, half and hot pants. The final sequence had the collection various types dresses having Nepali Dhaka as the major material.

The dresses were been designed by Kalpana Younghang Limbu from The Highland arts. The fashion show came to happy ending as actress Barsha Shiwakoti walked through the runway as the Show stopper. 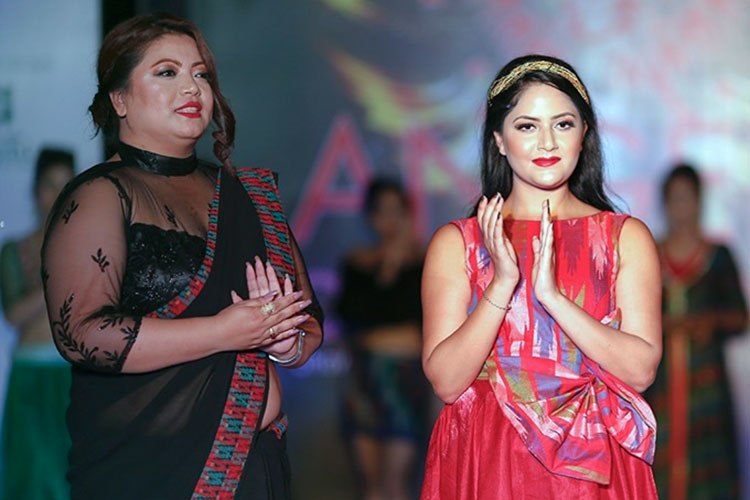 The event was been showcased by R and R group and choreographed by Rojin Shakya. This is the sixth edition of Angels on the floor. The earlier four editions were been showcased in Kathmandu whereas the fifth edition was been presented at United States.