Glamour Nepal, Kathmandu
Poster and trailer of film AJHAI PANI scheduled to hit the screens nationwide from 15 of Falgun 2071, was released amidst a program in the capital. In the program, Sudarsan Thapa called actress Puja Sharma on the stage and said ‘I Love You’ to her. Not only this, he repeated the words and kissed on hand of the actress. 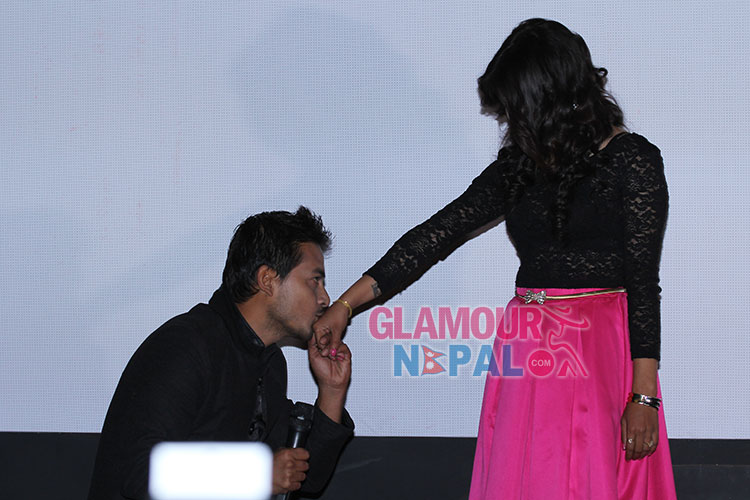 Addressing the program, producer Poonam Gautam claimed that the film has been made realistic to the society.She added that the film hold special significance for audiences as it is the last film directed by late Alok Nembang. With tear-filled eyes, Poonam requested all to watch the movie remembering the late director.
Actor and producer of the film Sudarsan Thapa said that AJHAI PANI is a much awaited film for audiences.

The film to be distributed within the capital by Darshana Arts will be distributed by producer PradipUday outside the capital. Sudarsan Thapa, Puja Sharma, Surakshya Panta, Mithila Sharma, Bijay Lama, Bishal Dhungana, Pushpa Khadka, Rameshwor Pathak among other have acted in the film.