The official trailer/ teaser of Suriya’s forthcoming movie S3 aka Singam 3 Telugu version Yamud 3 has been released on YouTube. The 1 minute 23 seconds clip revolves around Suriya. Without giving a hint about the storyline, the clip impresses viewers with his power-packed dialogues and action sequences.Watch now the latest trailer of Singam 3 ( Yamudu 3) Here:

Music Composer or the movie is Harris Jayaraj and Cinematography handled by Priyan. Kathir is the art director and editor of this bilingual movie is V. T. Vijayan, T.S. Jay. Movie is written by Shashank Vennelakanti under the banner of Studio Green – Pen Movies – Suraksh Entertainment Media and Music by Eros Music. 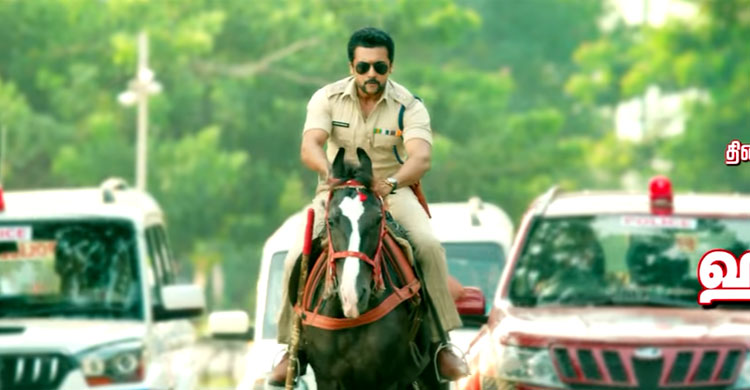 Tamil rights of the movie are sold out for a whooping price of 41 crores and it is simultaneously planned to release in the languages Telugu, Hindi and Tamil.