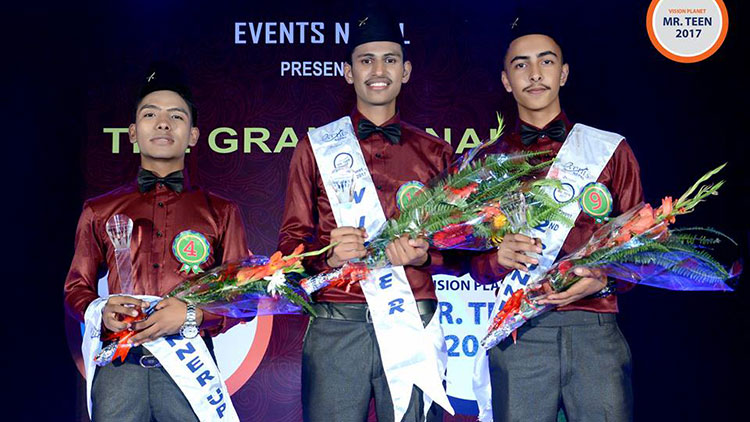 A male pageant on teen category ‘Mr. Teen 2017’ showcased at Kathmandu has finalized its winner. In the first season of the event Abhibind Khaniya has been sorted as Mr. Teen 2017. He was also successful at Mr. popular and Mr. Public relation category.

Likewise in the event, along with the talent category Bikesh Prajapati was been chosen as first runner-up while Jenith Karki finished as second runner-up. Jenith was also awarded as the winner of Viewer choice award.

The top three winners respectively got the cash prize of rupees of thirty, twenty and ten thousand respectively. The event choreographed by Rojin Shakya and organized by Events Nepal.