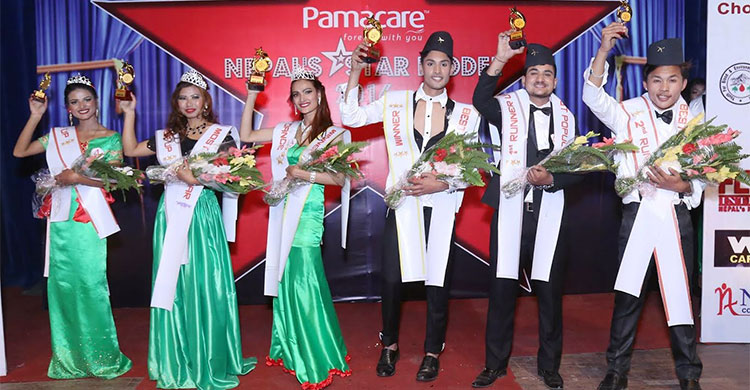 The event premiered on the day of Christmas Eve saw Aashish Kumar Mishra and Apsara Thapa as the winner of Nepal’s Star Model 2016. Leaving behind her Nine competitors Apsara found herself as the winner. Other than being the winner, Apsara was also successful at Best walk and photogenic category. On the other hand Aashish bagged the awards of photogenic and most handsome.

The event finalized Bikrant Poudel and Sabnam Chaudhary as first runner-up while Pawan Shrestha and Anupama Ghimire as second runner-up. Sabnam was also elected as the winner of categories like most popular and most talented while Anupama took away the award of best hair category. Likewise Bikrant was successful at most popular awards while Pawan was victorious at best dress category.